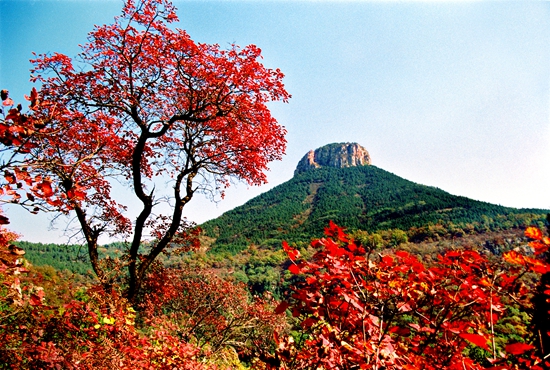 Zaozhuang City is located in the southern part of Shandong Province. It gets the name because of its prolific jujubes, and then it develops fast due to its coal resources. In 1961, it was established as a prefecture-level city under the jurisdiction of Shandong province, governing Xuecheng District, Shanting District, Shizhong District, Yicheng District, Tai'erzhuang District, Tengzhou City, and High-tech Zone, These are further divided into 64 township-level divisions, with an area of 4,564 square kilometers and a population of 4.18 million. In 2017, Zaozhuang's GDP reached RMB 231.591 billion, the public finance budget revenue reached RMB 14.52 billion, and the per capita disposable income of urban and rural residents reached RMB 29,924 and RMB 14,164 respectively.

Zaozhuang boasts outstanding people, such as "the Scientific Sage" Mozi, "the master of craftsman" Luban, "the originator of vehicle manufacturing" Xi Zhong, Lord Mengchang, Mao Sui, Kuangheng, Jia Sanjin, and many other historical celebrities, and is filled with profound cultural background, including Beixin culture, ancient Teng Kingdom, ancient Xue Kingdom, Xiaozhu Kingdom, and other sites in its land.,

Zaozhuang has beautiful scenery, with numerous hills, rivers and lakes, and reservoirs in its land. It is a national forest and garden city, with a forest coverage rate of 30.9%.  Moreover, it has many natural landscapes and historical cultural landscapes, such as Weishan Lake Wetland, the largest national-level lake wetland in China; Xiong'er Mountain National Geological Park, the longest earthquake rift valley in China; the most prestigious Baodugu National Forest Park; Guanshi Pomegranate Garden, the world's largest pomegranate garden with an area covering 150,000 mu(about 100km2); and Tai'erzhuang Ancient City, China's first cross-strait exchange base.

Zaozhuang has convenient transportation and significant location advantages. The Beijing-Hangzhou Grand Canal, Beijing-Shanghai High-speed Railway, and Beijing-Taiwan Expressway pass through its land, serving as the gateway and transportation hub to bridge Shandong Province and southern cities. It takes about 2.5 hours from Zaozhuang to Shanghai and Beijing by the Beijing-Shanghai High-speed Railway. It takes about one hour from Xuzhou Airport and is 200 kilometers away from Jinan Yaoqiang International Airport and Linyi Shubuling Airport. The "Golden Waterway" Beijing-Hangzhou Grand Canal has a 94-kilometer voyage within Zaozhuang. All kinds of cargoes can be directly shipped to inland ports of the southern Jiangsu coast, Shanghai, and Hangzhou.

Zaozhuang City is an important energy and building material production base and the largest coal chemical and fine chemical base in China. It has titles of "Small and Medium Machine Tool Capital in China" and "Innovation Base of China Knitted Shirt Industry" and is the third largest lithium battery production base in China. It has been approved as a pilot city for the transformation of resource-exhausted cities, a national rural reform pilot zone, a national modern agricultural demonstration zone, and a national agricultural sustainable development pilot demonstration zone.