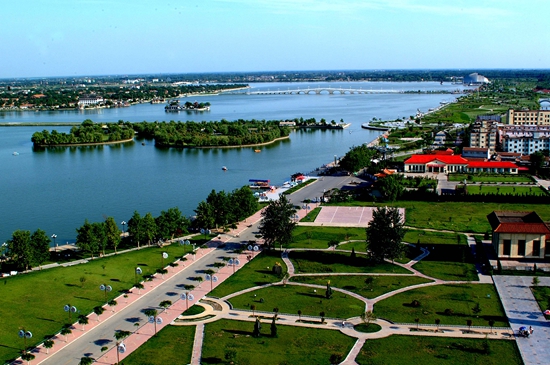 Liaocheng is one of the early birthplaces of China and has a history of more than 5,000 years up to now. Liaocheng is an ancient city gestated by the Yellow River culture and canal culture where there are above 400 cultural relics and historic sites. Many stories in Chinese classical literary classics such as Water Margin, The Plum in the Golden Vase and Strange Tales of a Lonely Studio happen here. Liaocheng has nurtured many well-known people: famous prime minister at the beginning of Tang Dynasty - Ma Zhou, litterateur in Ming Dynasty - Xie Zhen, number one scholar at the beginning of Qing Dynasty - Fu Yijian, anti-Japanese famous general - Zhang Zizhong, famous scholars - Fu Sinian and Ji Xianlin, Chinese painting master - Li Kuchan and leading cadre model - Kong Fansen.

In terms of railway, Beijing-Kowloon Railway from south to north and Handan-Jinan Railway from east to west intersect in Liaocheng with "cross-shaped" structure formed. Zhengzhou-Jinan High-speed Railway, Beijing-Kowloon High-Speed Railway and Liaocheng-Tai'an High-speed Railway are going to be constructed. In terms of expressway, east-west Qingdao-Yinchuan Expressway, Jinan- Liaocheng Expressway, Qingdao-Lanzhou Expressway as well as south-north Dezhou-Shangrao Expressway intersect in Liaocheng with "Feng" word structure in Chinese. Liaocheng Airport project is included into layout plan of Shandong "13th Five-year Plan" and up to now, the preparation of site selection report has been completed. In the near future, Liaocheng will possess 6 expressways, 3 high-speed railways, 3 railways and 1 airport, becoming an important transportation junction in North China.

Superposition of opportunity and enormous potential

By the end of 2017, it's predicted that the GDP of Liaocheng will reach RMB 310 billion, increasing by 7.5% in comparison to last year. The local general public budget revenues reaches RMB 18.65 billion with an increase of 2% based on the same caliber (increasing by 12.9% after deduction of noncomparable factors). The total retail sales of consumer goods increases by 9%. The per capita disposable income of urban and rural residents increases by 8% and 8.5%, respectively and the consumer price index is controlled to be 1.5%.