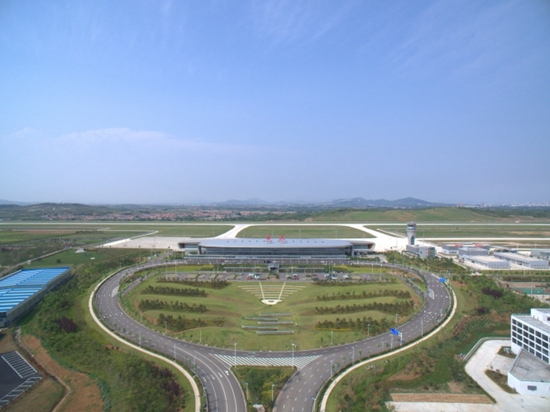 Rizhao City gains its name because it is the place where the sun always pours its brilliant dawn light. It is located in the middle coastal area of China and in the south of the Shandong Peninsula and covers a land area of 5,359 km2 and a sea area of 6,000 km2, with a total population reaching 3.03 million. Rizhao is a featured city with potential and momentum.

Rizhao has profound history and culture.

Rizhao is one of the world's five sun worship culture origins and an important birthplace of "Longshan culture". It has "the earliest city in Asia"-Liangcheng Town ruins as well as one of three cultures in Shandong-Ju historic culture. Rizhao black pottery has a history of five thousand years. Archaeology in the world praises the high-handle pierced eggshell ceramic cup unearthed as "the earth's most exquisite craft four thousand years ago". The original inscription on pottery unearthed is the first ancestor of Chinese characters and is above one thousand years earlier than inscriptions on oracle bones. Celebrities and honest patriots come forth in large numbers in Rizhao, which is the hometown of Great commander in Western Zhou period-Jiang Shang, outstanding literary critic in the Southern and Northern Dynasties-Liu Xie as well as contemporary famous physicist and Nobel Prize winners in physics-Ding Zhaozhong.

Rizhao is the main node city of east bridgehead of the New Eurasian Land Bridge and China's "The Belt and Road" strategy. It is in the joint part of the pacific economic circle and the New Eurasian Land Bridge economic belt and serves as a hub and an important port city of the Pan-Yellow Sea Economic Circle and the pacific economic circle. Besides, it has established frequent trade contacts with more than ten countries in the world. Rizhao has two ports-Shijiu Port and Lanshan Port, where 73 production berths are available, 63 of them being above ten thousand tons with an annual through capacity of 238 million tons. Rizhao Airport was completed and opened to navigation in December, 2015 and has opened up 16 flights to important cities such as Beijing, Shanghai, and Guangzhou. The "Three Verticalities and Four Horizontalities" railway transportation network arises in Rizhao, of which Wari Railway is the first heavy haul railway in China, Qingdao-Rizhao-Lianyungang Railway will be completed and connected to Jinan-Qingdao High-speed Railway this year, and Lunan High-speed Railway will be completed and connected to Beijing-Shanghai High-speed Railway in 2019.

Rizhao is free from severe cold in winter and intensive heat in summer and is praised as the place which is the most suitable for human living. It won "UN Habitat Award" in 2009. 64 kilometers of high-quality sand beach along 168.5 kilometers of coastline as well as natural scenery with "blue sky and sea as well as golden beach" arise in Rizhao which wins titles of "Chinese Outstanding Tourism City", "National Garden City", "National Model City for Environmental Protection", "National Sanitary City", and "China's Top Ten Green Cities". Rizhao is a tourist attraction for preventing sunstroke and taking a holiday and recreation.

Rizhao is with outstanding industry characteristics, the biggest green tea production base in the north of the Yangtze River, the biggest seafood refrigeration processing base nationwide, dried seafood trading and distribution center as well as the biggest marine bionic food processing export base in Asia. Exploiting its port and coastline advantages, Rizhao cultivates a port-centered industry system focusing on steel, automobile, petrifaction, and pulp paper and develops the capability of producing 22.5 million tons of steel, 750 thousand tons of automobiles, 1 million engines, 1.2 million gearboxes, 2.18 million tons of pulp papers, 8.5 million tons of and soybeans, and 650 thousand tons of seafood.

Rizhao is a young and energetic city as well as has established friendly and cooperative relations with more than 30 cities in the world. Rizhao people welcome friends from all over the world to focus on Rizhao, get together in Rizhao, deepen the communication, obtain mutual benefits and win-win results as well as join hands for our friendly cooperation.

Rizhao is a young and energetic city as well as has established one relationship of friendly communication and cooperation with more than 30 cities in the world. Rizhao people welcome friends from all over the world to focus on Rizhao, get together in Rizhao, deepen the communication, obtain the mutual benefit and win-win result as well as write a piece of music regarding friendly cooperation.