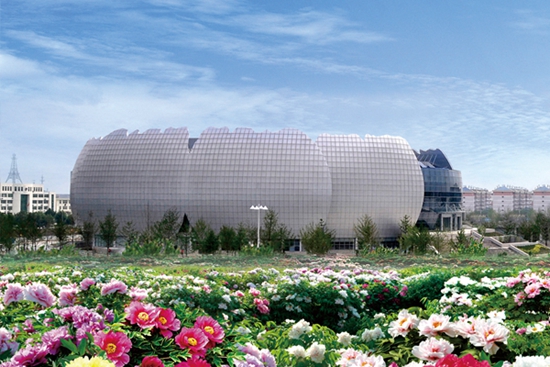 In 2017, the GDP reaches RMB 288 billion with an increase of about 8.6%; the general public budget revenue of local is RMB 18.65 billion, with an increase of 6.1%; the per capita disposable income of urban and rural residents is RMB 24,110 and RMB 11,720 with an increase of 9% and 9.5% respectively. The total retail sales of consumer goods in the whole city reaches RMB 165.04 billion with an increase of 9.8% over the same period last year. The industrial system that gives priority to the pillar industry (energy, chemicals, food, wood, textile, machinery, new materials) and 38 industries has been formed, and a batch of state-level and province-level leading enterprises have been sprung up. There are over 5,000 main products, such as petrochemical products, pharmaceutical intermediates, rubber accelerator, synthetic board, furniture, clothing, transformer, bearings, tires, arts and crafts.

Heze City is located in the southwest of Shandong Province. Beijing-Jiulong Railway and Xinxiang-Yanzhou-Shijiusuo Railway intersect in the cross, Zhengzhou-Heze-Qufu high-speed railway has been put into the construction. Jinan and Zhengzhou Airport are neighboring in east-west, Heze Airport is under construction. Many expressways intersect in Heze in the shape of British "Union Jack", east of Qingdao, Lianyungang and other ports, west of the Central Henan Urban Agglomeration, north of the Beijing-Tianjin-Hebei; it borders on Henan, Jiangsu and Anhui in the south, and so it is called "the middle of China". Within 200 km, there is a huge market of more than 100 million people. It is a hub linking the east to west, and connecting the south and north.

Heze City has a warm temperate monsoon continental climate with adequate light, four distinctive seasons, the same season of rain and heat, and the climate is pleasant. The frost-free period is about 220 days, the annual average temperature is 13.5 ℃ -14 ℃, the annual sunshine time is 2350.4-2637.5 hours, the average annual precipitation is 652mm, the average relative humidity is 68-72%. There are unique development conditions of agriculture, forestry, animal husbandry.